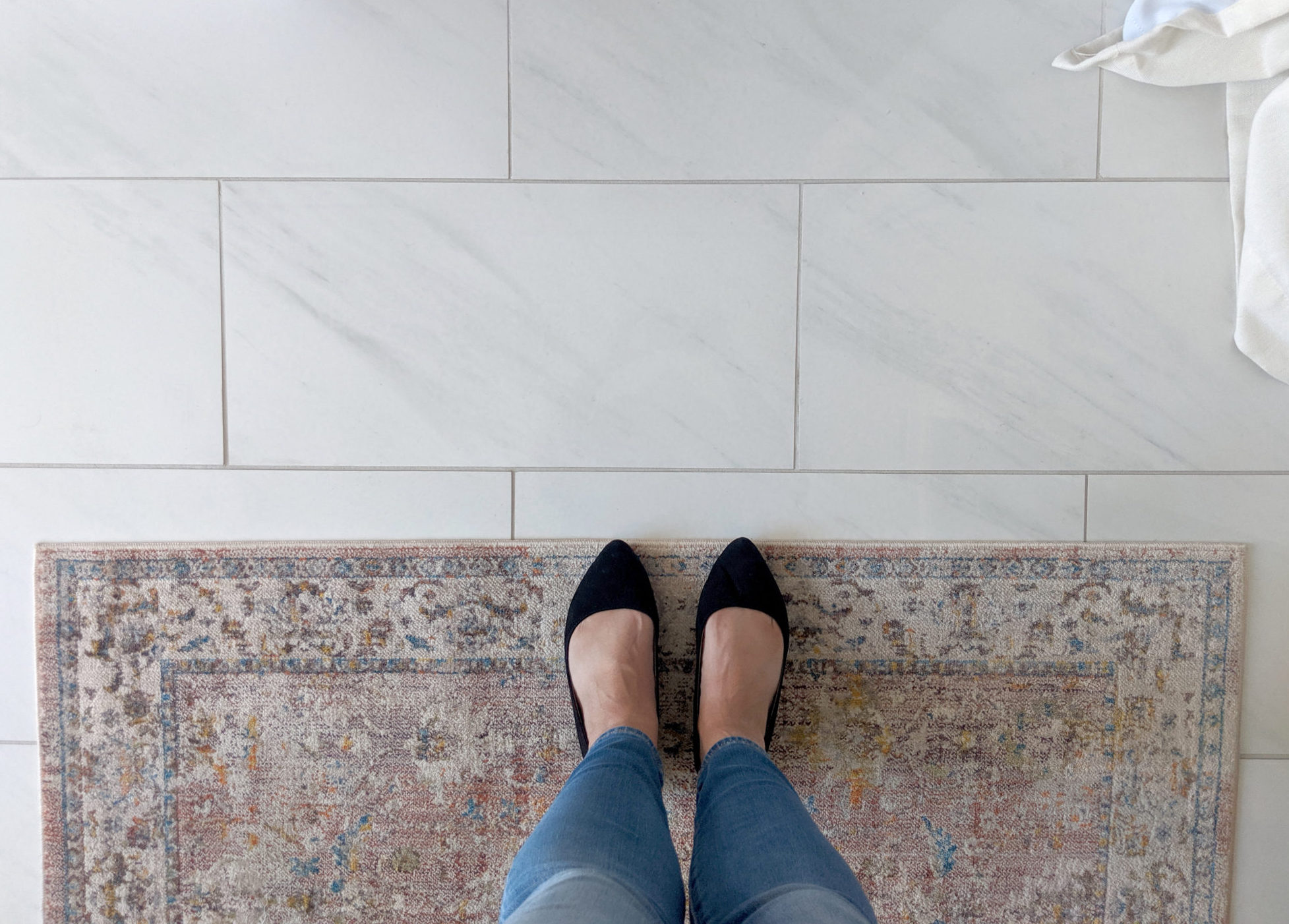 The Tile That Almost Broke Me

Phase 3 of our bathroom renovation was a doozy. I, for sure, thought it would be one of the easiest parts of the job. But it turned out to be my biggest nightmare! So what is Phase 3, you ask? Tiling the floor! (Read about Phase 1: Demo and Phase 2: Shower Remodel here)

I’ve done a lot of DIY in my time. Lots of paint, lots of sewing, lots of building. I figured learning to tile would be easy peasy. I mean, I built a giant backyard clubhouse for my girls. How hard can it be to lay a little tile? **face palm**

Let me start by saying the actual act of tiling isn’t that hard as long as you do some research so A) you know how to lay tile (there’s more to it than just slapping down the tile) and B) what products to use for your project (and which to avoid).

So here begins our story – 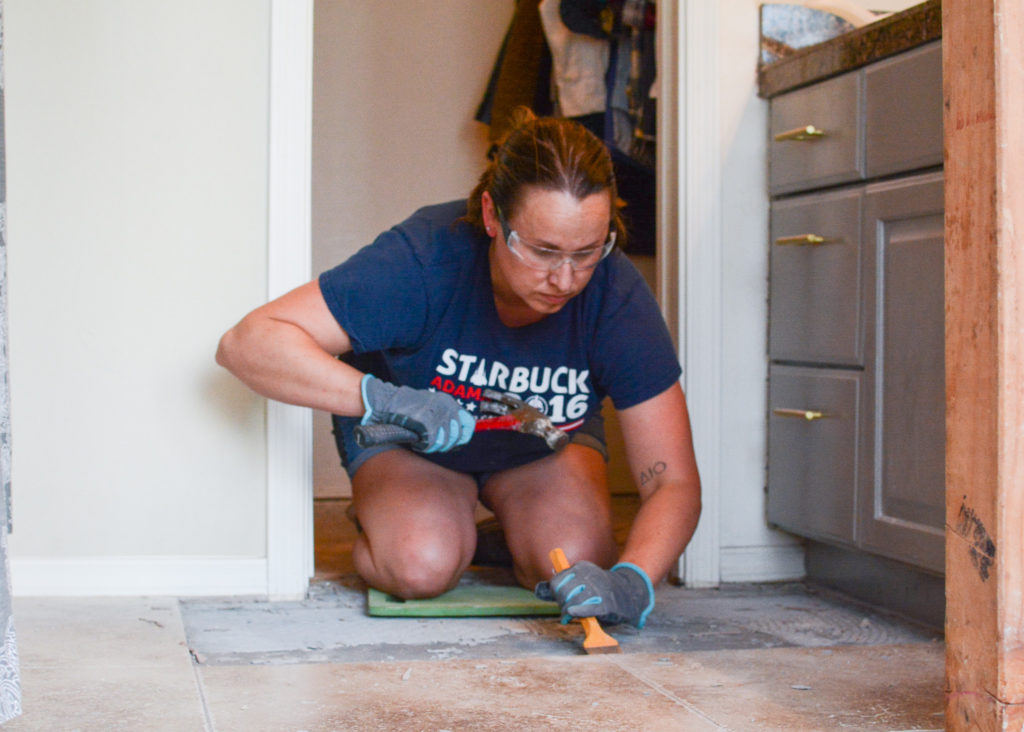 After the wall in the bathroom came down, my next step was tearing out the existing tile. My tiling friend said this is the point where you actually hope that the previous tiler didn’t do a great job. The sloppier the tile job, the easier the tiles come up. Fortunately (unfortunately?) the previous tile job wasn’t the greatest, so the floor tiles actually came up pretty easily. The hardest part of the tile removal process was scraping all the old mortar off of the floor in preparation for the new tile. 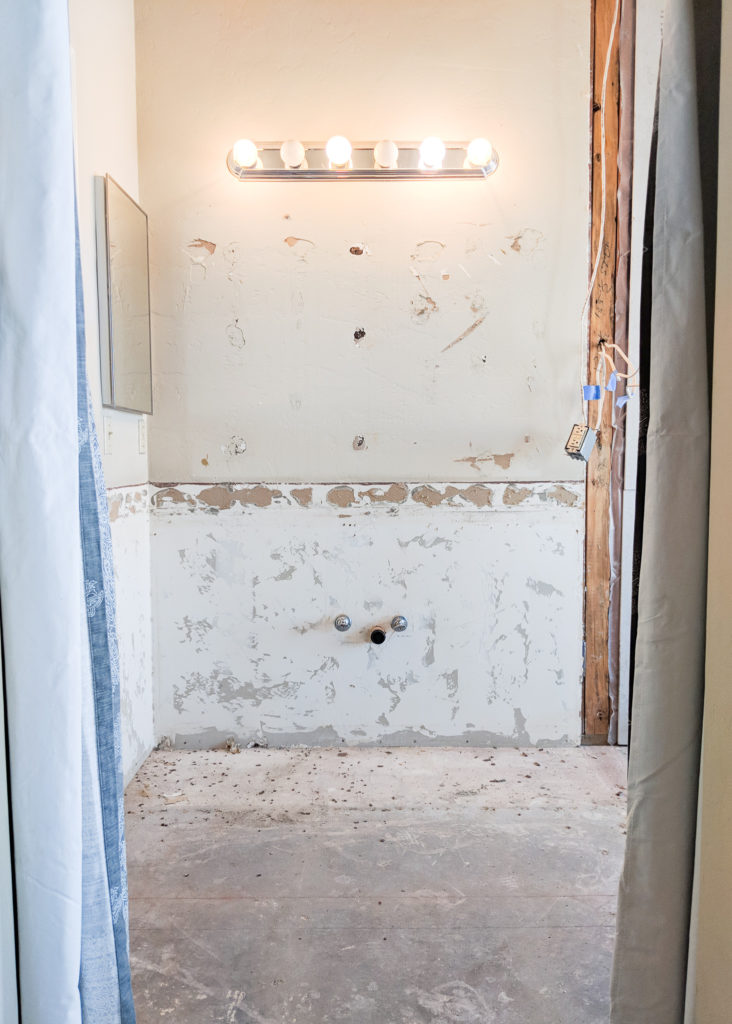 Once we had a smooth, clean surface, it was time to tile! I really wanted hexagon shaped tile for the flooring, but at $9+ per square foot, we decided it just wasn’t in the budget. Instead, we found this this large ceramic tile that mimicked marble that was a much more budget friendly $1.19/sq ft. 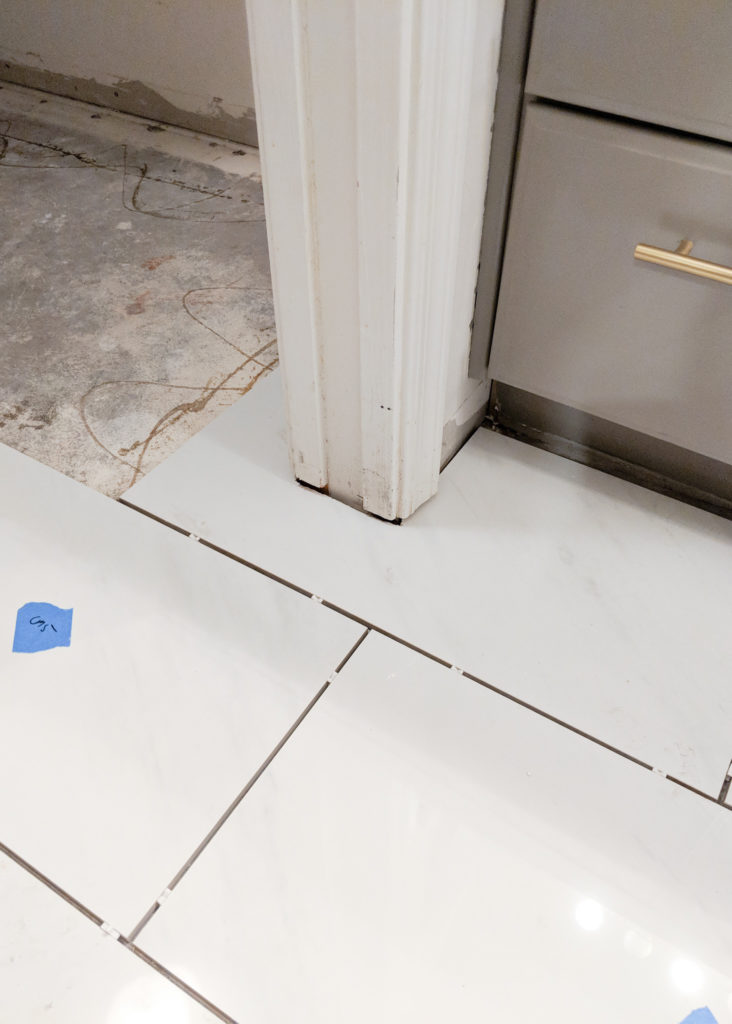 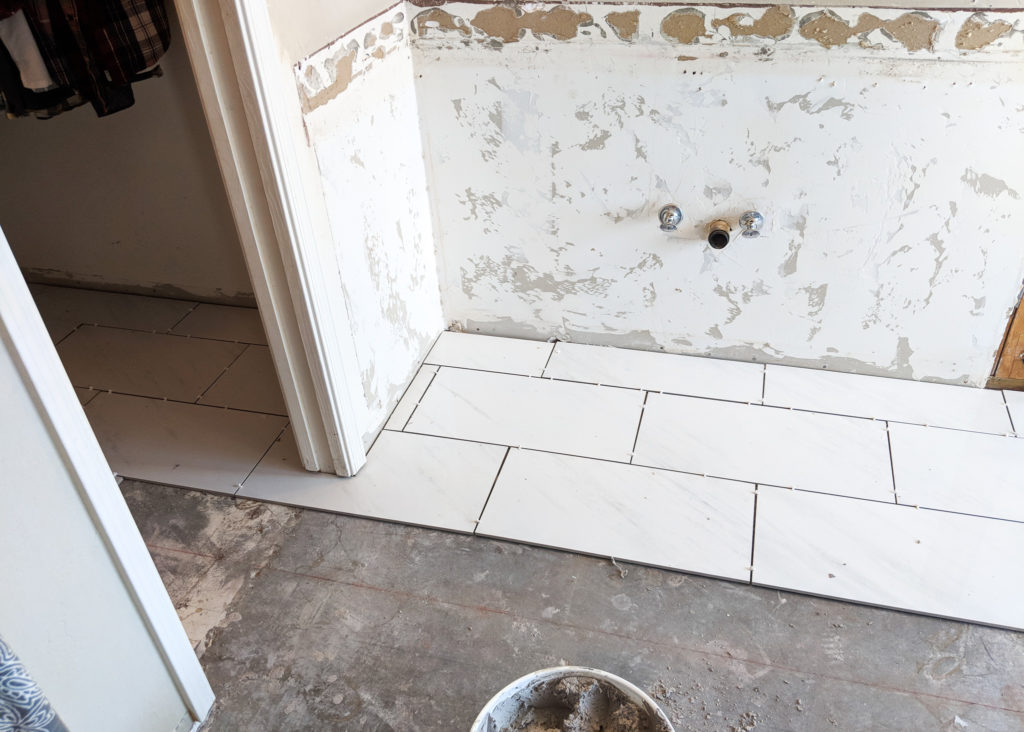 When it came tile to tile, I measured, did a dry fit, and pre-cut all my pieces. I was ready to go! I grabbed the bucket of pre-mixed thinset Hubby had bought and got to work. A few hours later, I was done, and super proud of my work! We let the thinset dry for a couple days, then I grouted using the same Warm Gray grout that we used in the shower. It looked great! 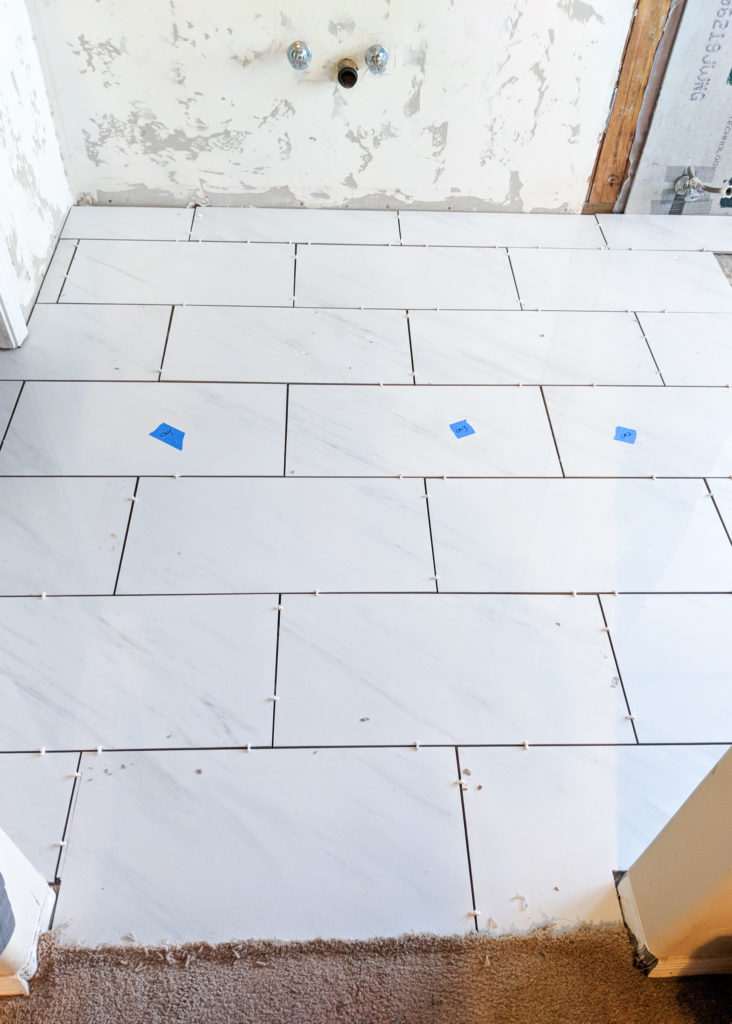 About a week later, my fairytale tile story came to an end.

I was getting ready for work when I noticed that one of the tiles in the bathroom sounded hollow when I stepped on it. Like it wasn’t attached to the floor anymore. Unfortunate, but I could fix that. I pulled up the tile and it came up really easily. What caused me pause was what I saw under the tile . . . the thinset was still wet. I brought Hubby in to show him. He thought it was weird too, but said that thinset doesn’t cure, it dries, and since our tiles were so large, it was probably just taking a while. So I re-laid the single popped tile, taped it off, so we wouldn’t walk on it, then left it alone to dry. 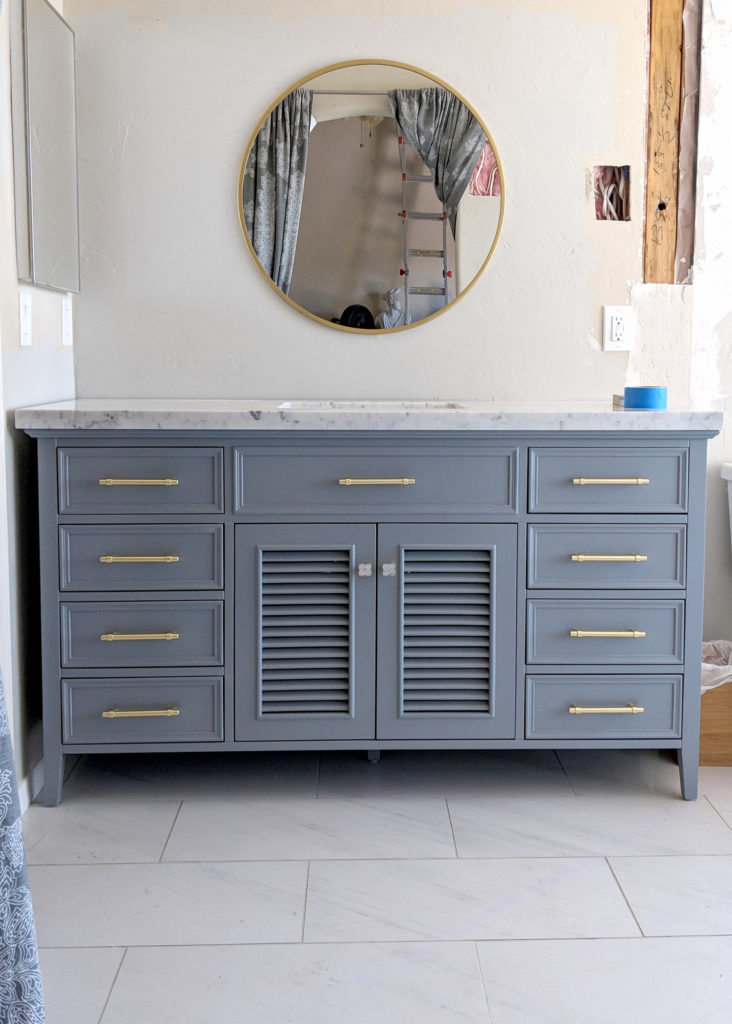 This time, I gave it 4 days to dry before I grouted. Then the unthinkable happened . . . more tiles started popping up. First one, then two, then five! At this point, I was freaking out. What was happening?? My husband was convinced that I jut did a garbage job laying the tile, but I knew there was something else at play. So I jumped online to do some research and made a terrible discovery – according to darn near ever tiler ever to grace the internet, pre-mixed thinset was garbage! It took FOREVER to dry and, despite what it said on the container, should never be used in a bathroom (check), on the floor (check), with large-sized tiles (check again). The only solution? Tear it all up and do it again, with real, mix-it-yourself, concrete mortar.

I didn’t know whether to cry or throw up. Or both!

At that point I was so defeated and deflated that I damn near threw in the towel on the whole thing. Instead, I ignored the floor for about a week, until I pulled myself together enough to try again.

This time, I did my research. I watched videos on exactly how to trowel and lay tile (truth be told, I probably didn’t use quite enough thinset the first time around, although I don’t think that was the true cause for all the tiles coming up). I also sent Hubby to the store with very specific instructions on what kind of mortar to look for and purchase. Then I got to work. 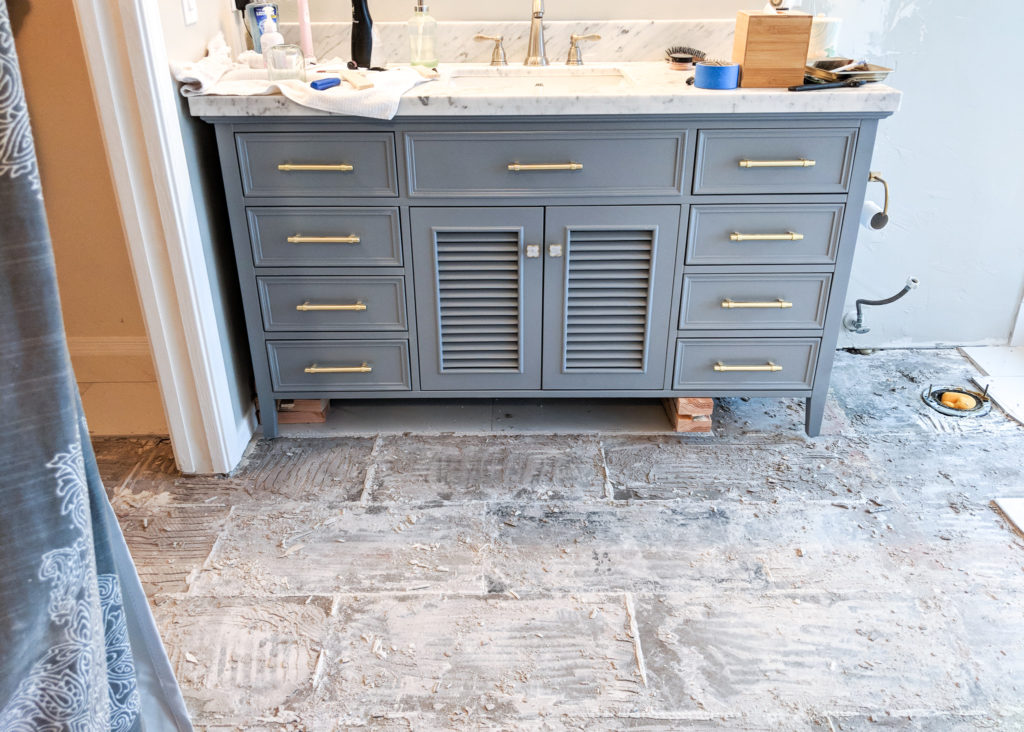 First, I had to remove all the grout from between the tiles. Hubby bought a few different tools for this to see which worked best. My favorite was this bit that fits on the end of an oscillating tool. Then I carefully pried up the tiles, trying my best to not break any so I could reuse them. The thinset, of course, was still wet even though it had been like 3 weeks since I’d laid the tile. Then I scraped up all the remaining thinset and cleaned the floor to prep for Tile Laying: Round 2. 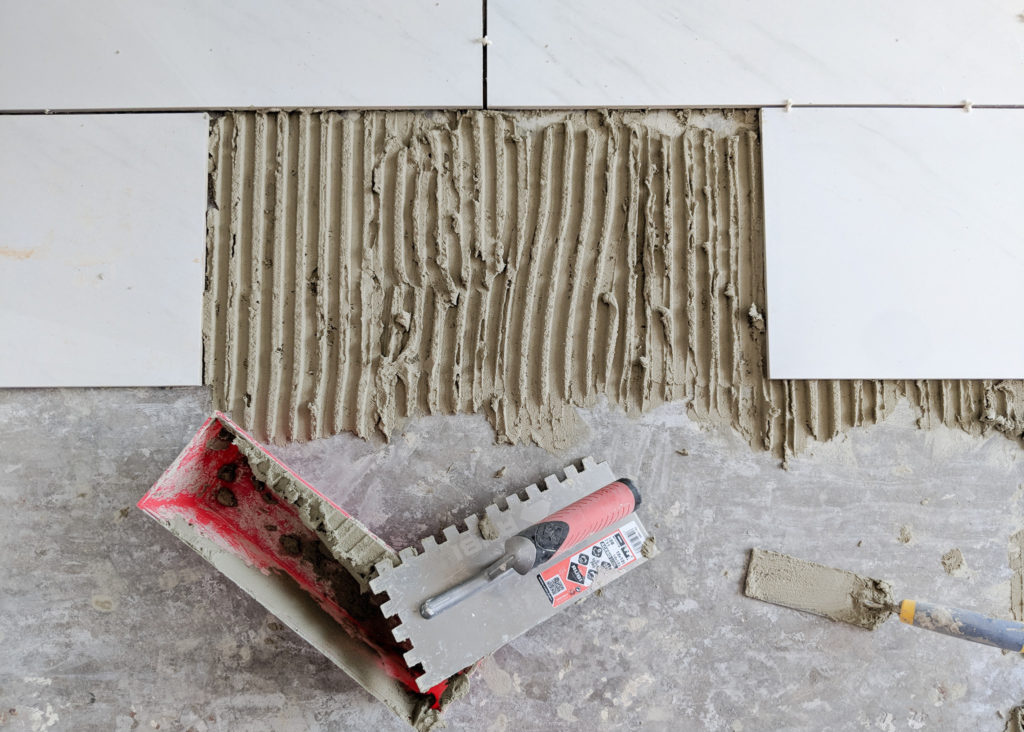 Thankfully, most of the tiles were salvageable, so we only had to buy 2 more boxes of tile. Then it was time to get to work. Hubby mixed the mortar for me while I relaid the floor. This time I was more thorough in my installation procedure. I made sure to use enough mortar, made sure the mortart didn’t get too dry, and back-buttered all my tiles.

Thankfully, this time the tile stayed stuck to the floor! 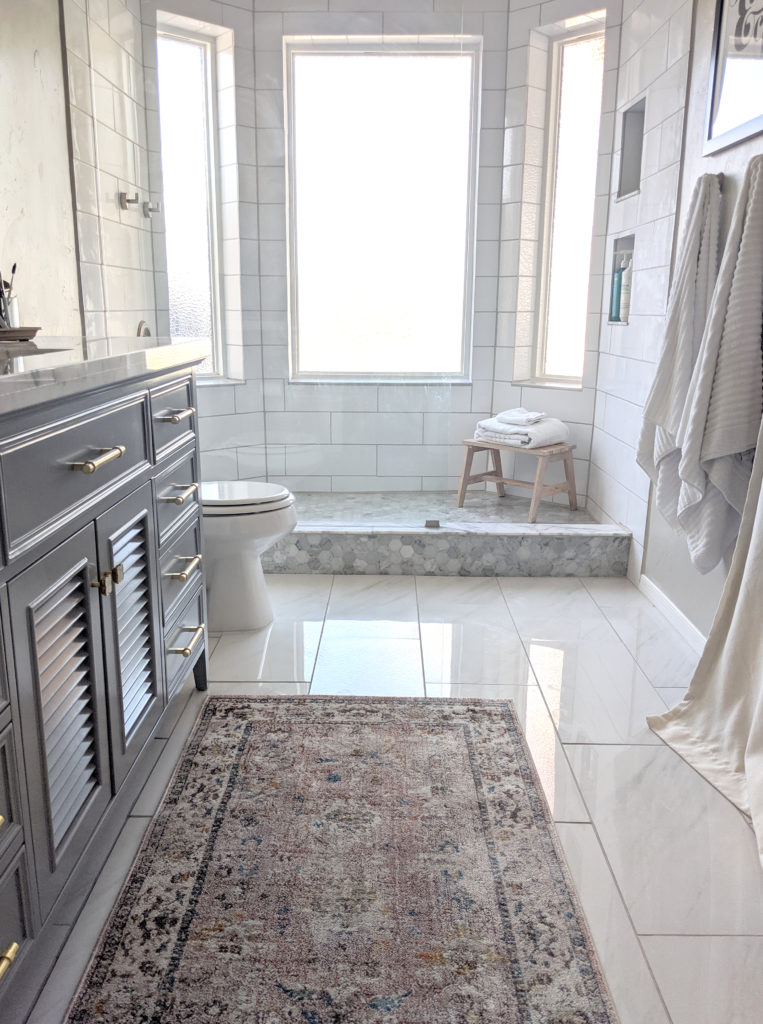 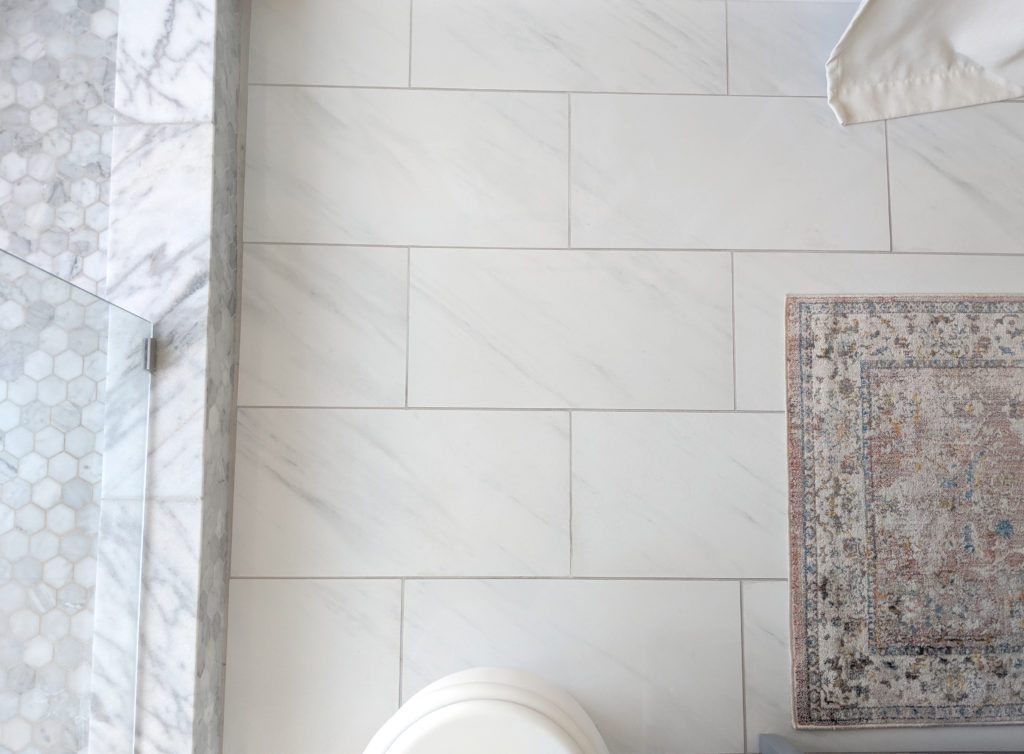 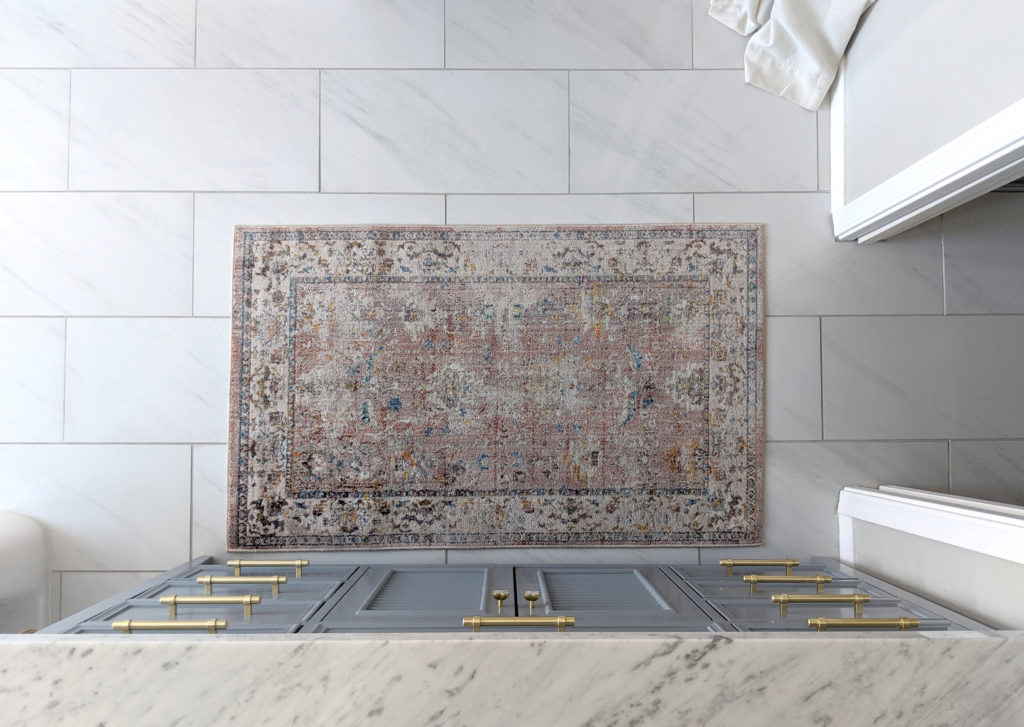 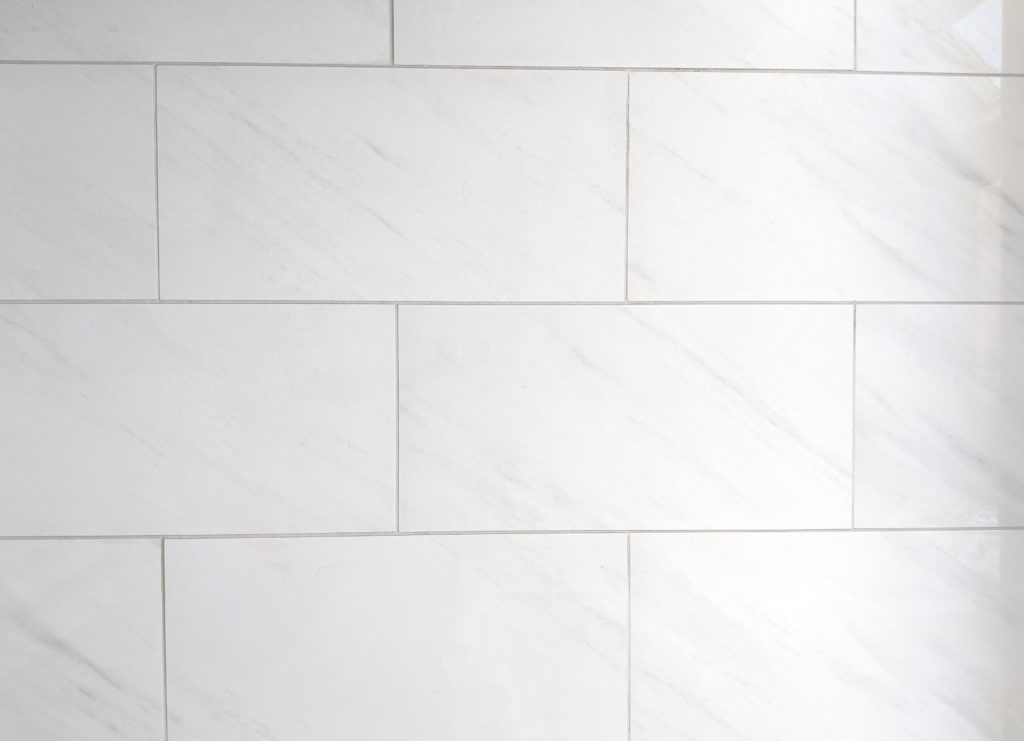 It just goes to show, that no matter how much you think you know, how much DIY experience you already have, or how much planning you think you’ve done – things can (and will) still go wrong. It’s just part of the process. A sucky part, but still a part. The important thing is that we learn from it, so we don’t make the same mistakes again.

In the end, all the hardship was worth it. The floor looks great and I could not be happier. 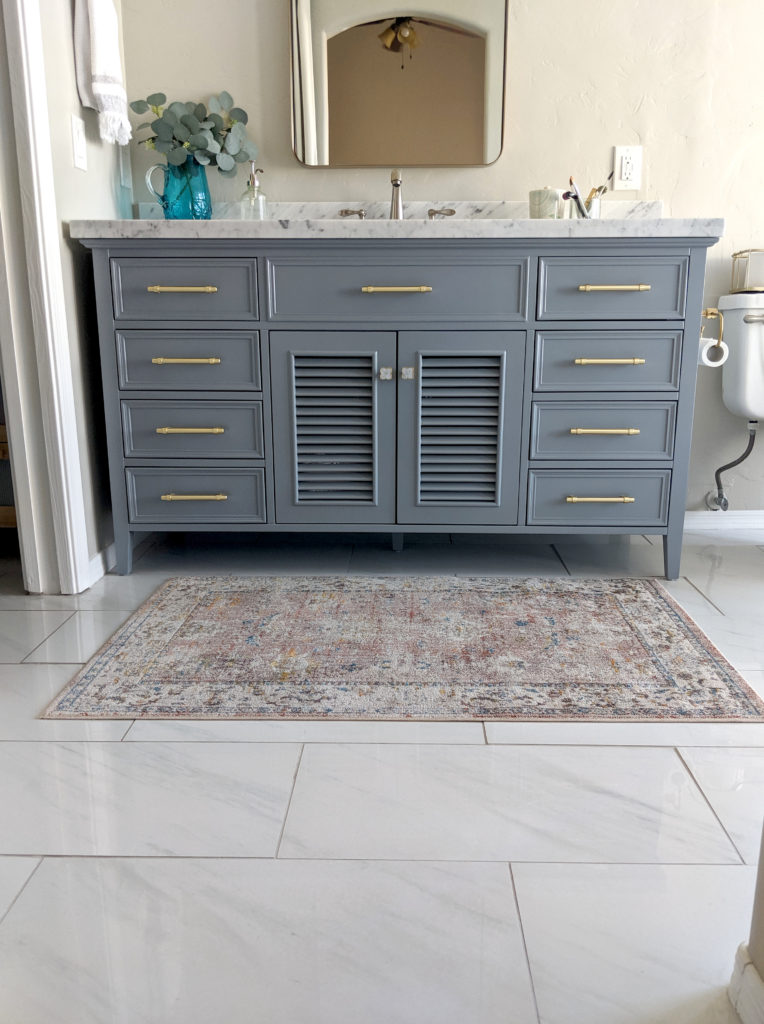 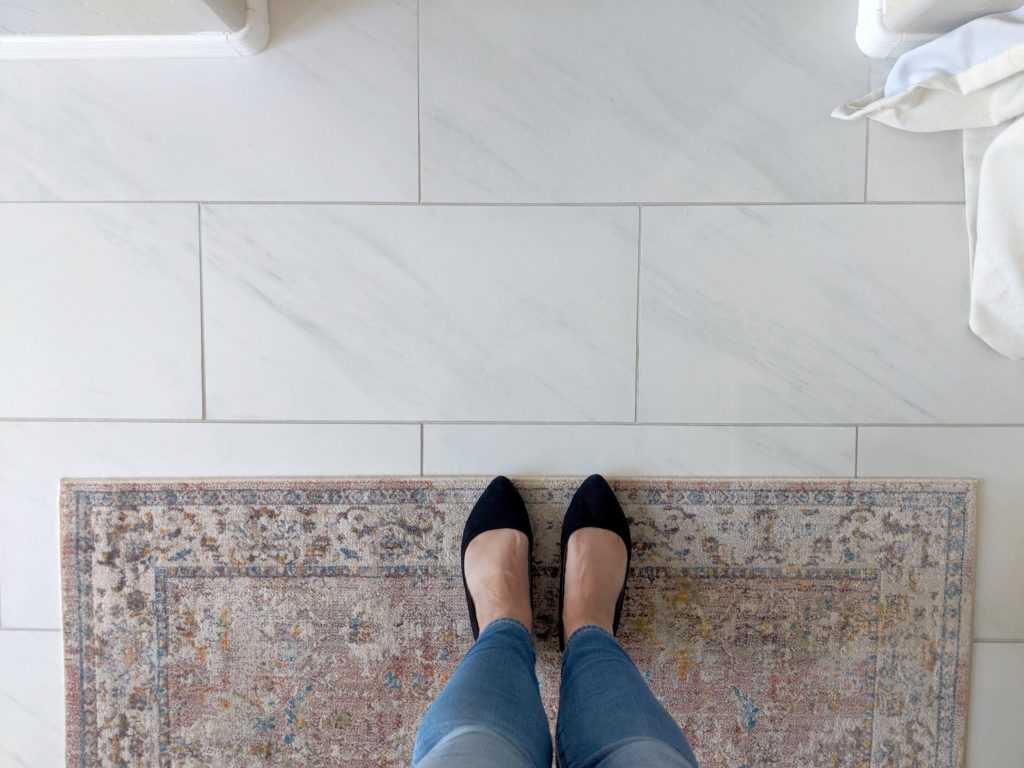 This is the story of the tile that almost broke me. Fortunately for me, it’s also a story that ends happily ever after!

What’s been your biggest DIY mishap? 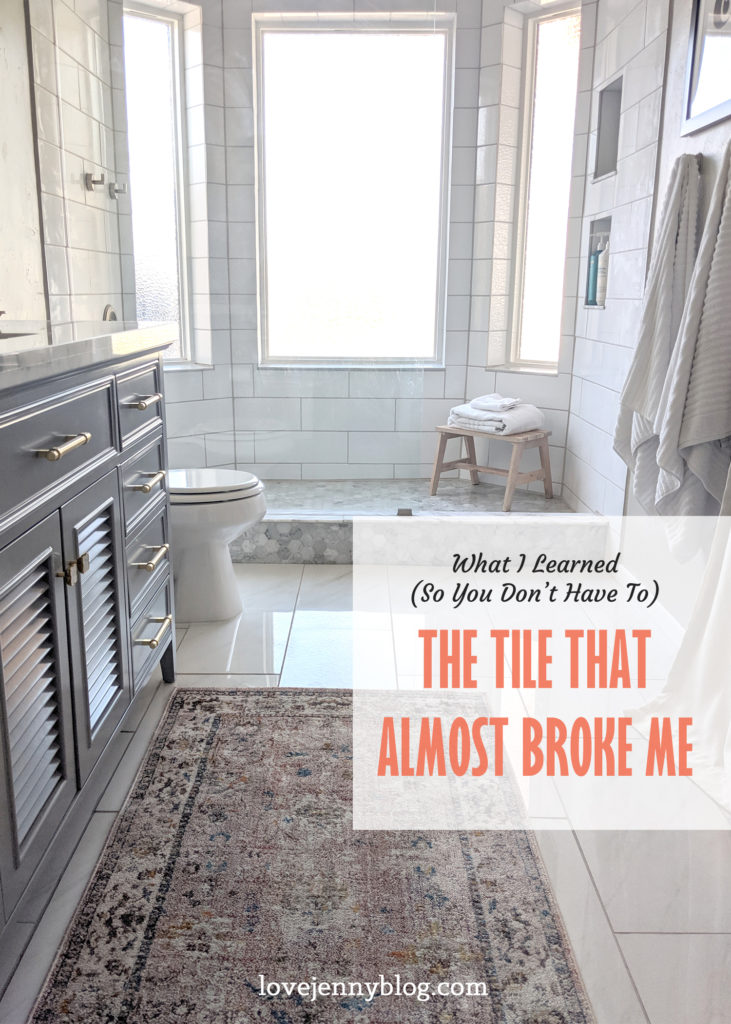