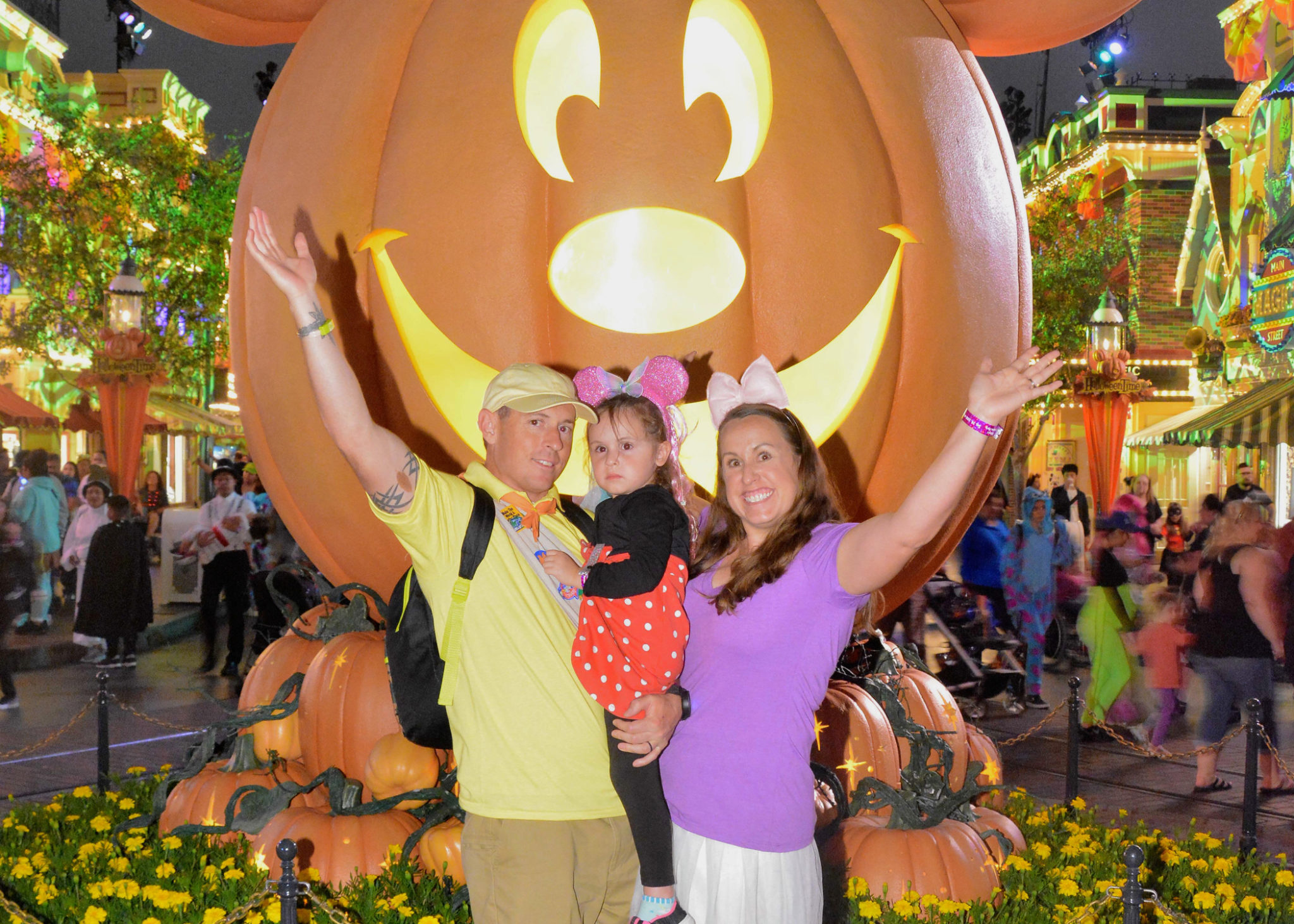 It was by pure coincidence that we scheduled our trip to Disneyland during Mickey’s Not-So-Scary Halloween Party. I didn’t even know about the party until I was talking to a hotel and they mentioned that they were booked full for the occasion. So I ran to my trusty internet and googled. What’s this party I’m hearing about? 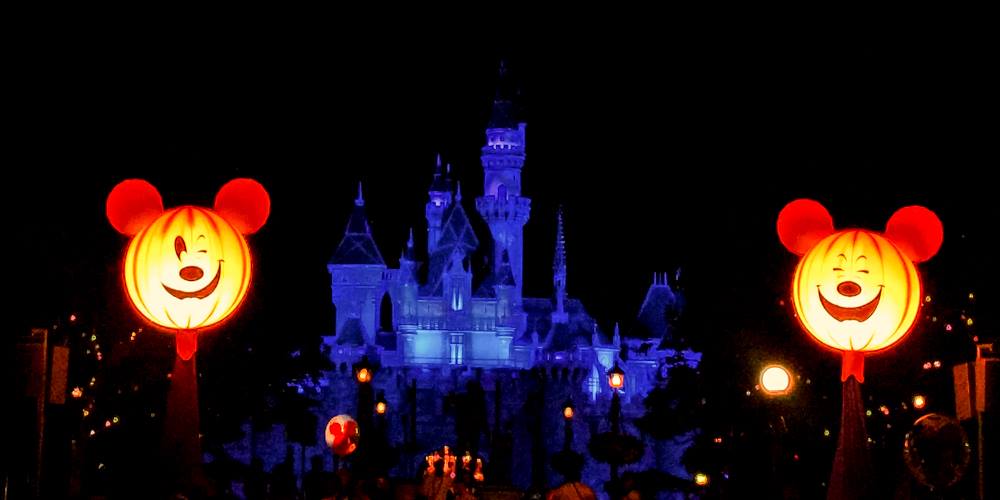 Mickey’s Not-So-Scary Halloween Party (MNSSHP) is a cool, in-park party celebrating all things Halloween! There’s spooky decor and Disney characters in costumes, special parades and Disney villains! These parties take place a couple times a week, starting at the end of August and go until Halloween. MNSSHP is not included in the regular Disneyland ticket price, and requires a separate ticket purchase. This ticket also includes entrance into the park 3 hours before the party starts (if you don’t have a full day pass, and only bought the party ticket). 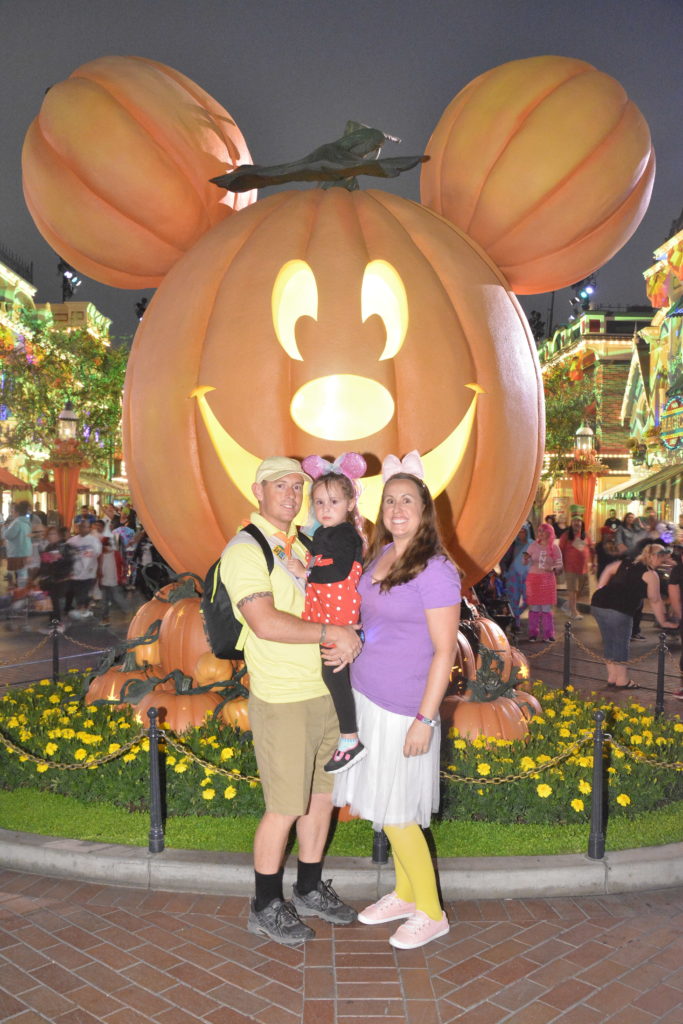 On party days, the park closes early for non-party guests. On our party day, the park closed at 6 p.m. and only MNSSHP guests with wristbands were allowed to remain in the park. The park also remains open later on party days (11 p.m. on our day). Guests of all ages are invited to come dressed in costume (but make sure to check the costume guidelines). Emma went as Minnie Mouse, Hubby as Russell from Up, and I was Daisy Duck. 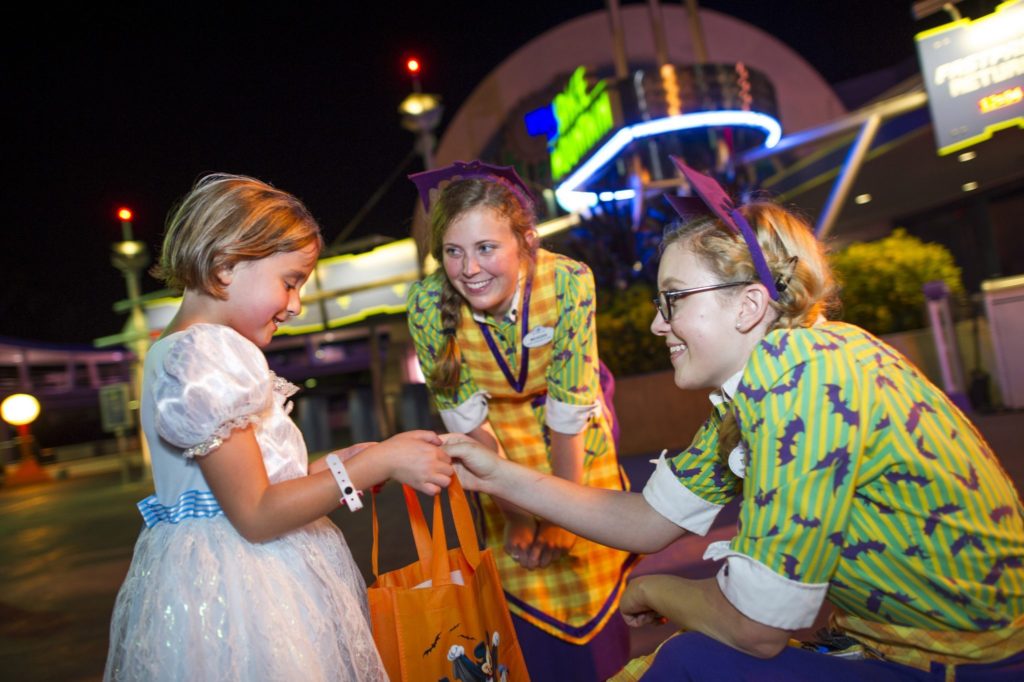 MNSSHP has lots of happenings around the park that happen just during the party, like trick-or-treating! When you enter the park for the party, there will be a large station with Cast Members handing out small bags just for this purpose. Trick-or-treat stations are positioned at multiple locations around the park. Grab a MNSSHP map (we got ours by the park entrance) to see where they’re all located. We ended up steering clear of these because the lines were long. I’ve since read a tip that suggests saving these stations for the end of the evening, when the lines are shorter and the Cast Members are more generous with the candy (also, you won’t have to lug around a bag full of candy the whole night). 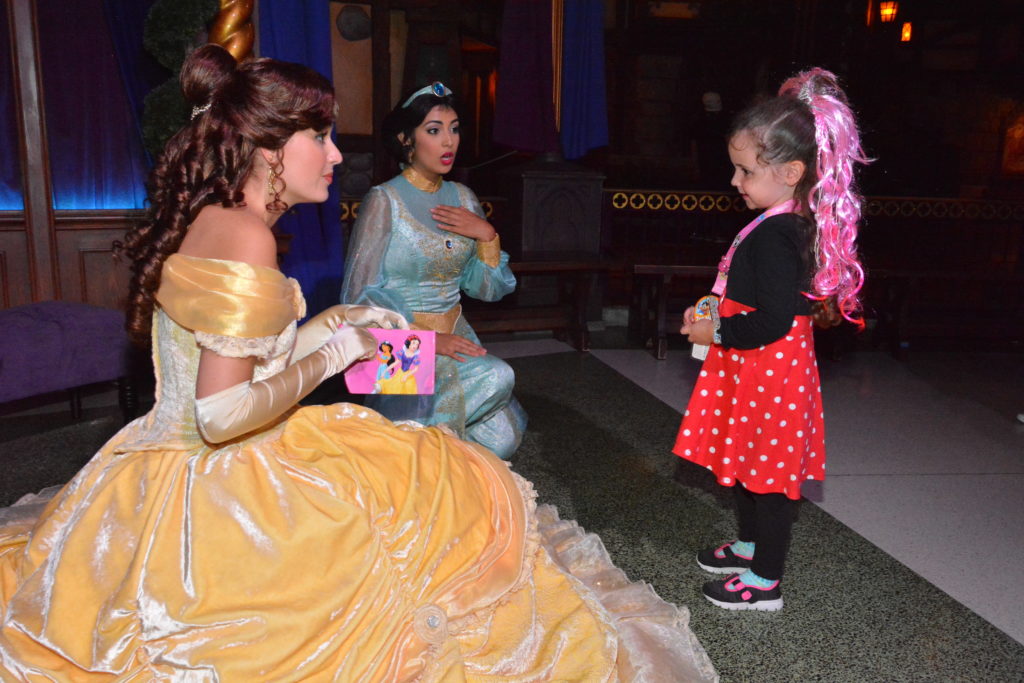 Another perk of MNSSHP is getting to meet lots of your favorite characters (some of them even dressed in costume)! Party-goers have the chance to meet normally hard to come by, Disney villains (like Maleficent and Cruella Deville) as well as regular Disneyland favorites, Mickey and friends, who are dressed up in Halloween costumes. It’s not advertised as part of the party, but I was told by a Cast Member that it was a party perk (so I thought it worth mentioning) – the three of us happened to be crossing in front of the Royal Theatre and noticed that there were two pairs of princesses stationed in the theatre taking pictures and signing autographs! Of course, we had to stop and meet some royalty. The pairs of princesses were rotated throughout the night, so if you’ve got a princess-loving person with you, this is the spot for you! I also spotted Peter Pan and Wendy signing autographs down by Mark Twain’s River Boat. 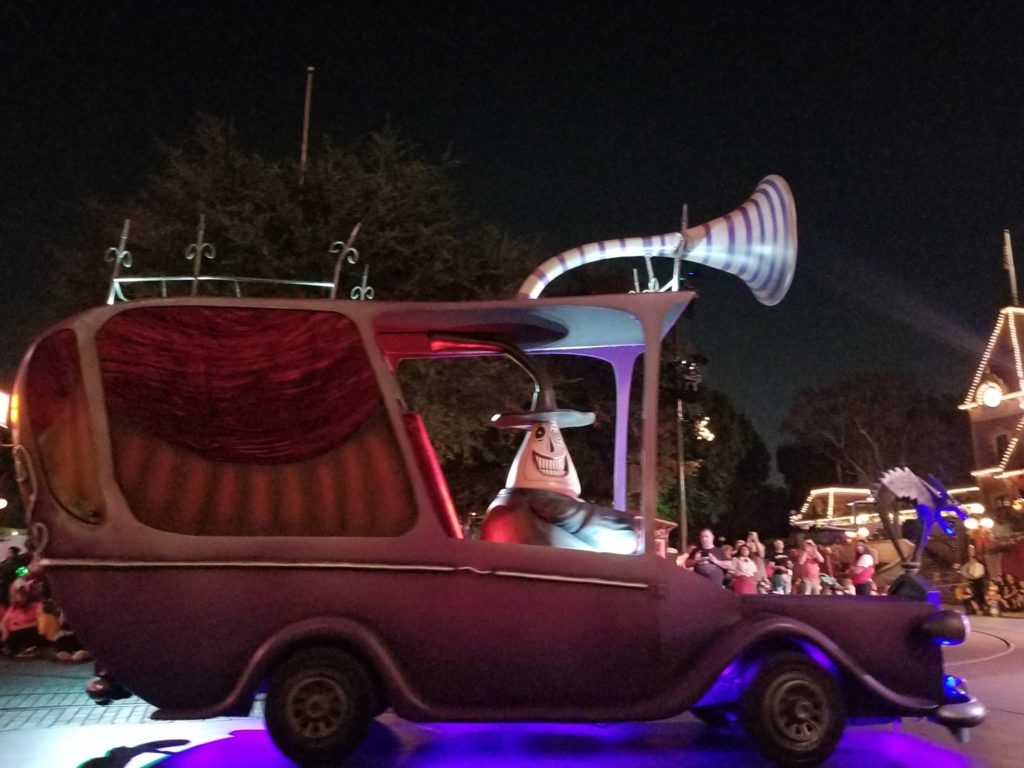 There also special parades and firework shows just for MNSSHP. The ride of the Headless Horseman signals to party guests that the parade is about to start! Then a costumed Mickey and Minnie appear and lead the parade of Disney Villains through the park. This parade happens twice, between 9 p.m. and when the park closes. This year’s parade was capped off with a special appearance with Disney Jr’s new sweet and spooky star, Vamperina (Emma loves her)! 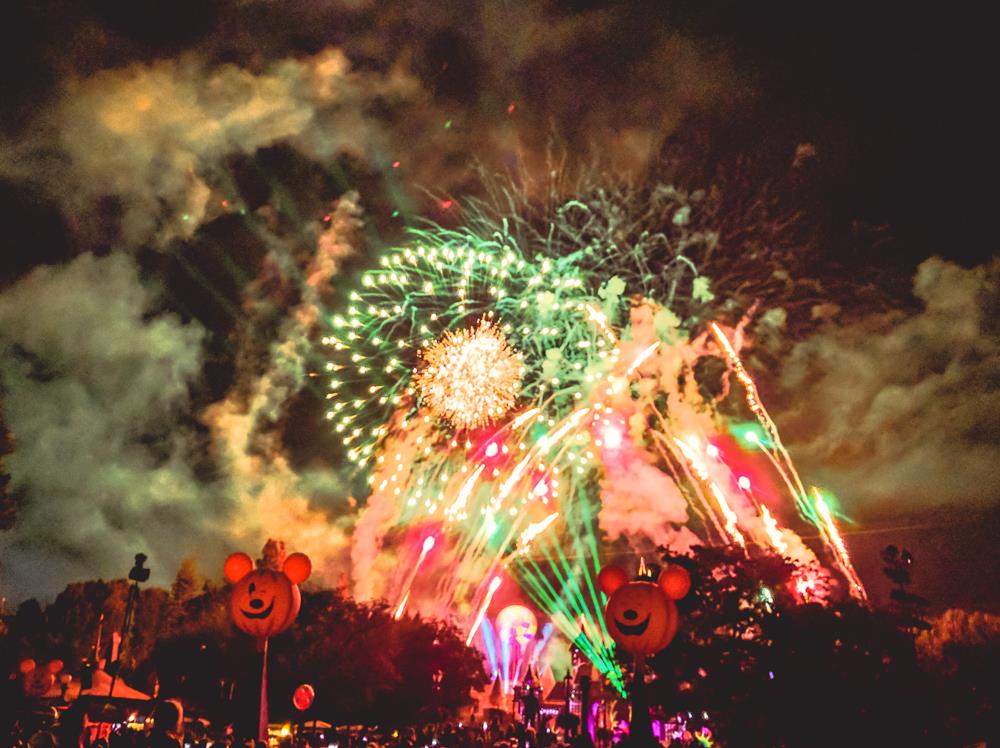 Between parades is the MNSSHP-only Halloween-themed fireworks show. Taking place at Sleeping Beauty’s Castle, and full of pyrotechnics, ghostly projections, and more Disney villains (all set to a medley of Halloween-inspired songs), this spooky display is a sight to behold! If you’re interested in catching the show in all it’s glory, make sure your positioned close to, and in front of, the castle, as there will be projections on the castle walls that you won’t be able to see from other areas of the park. 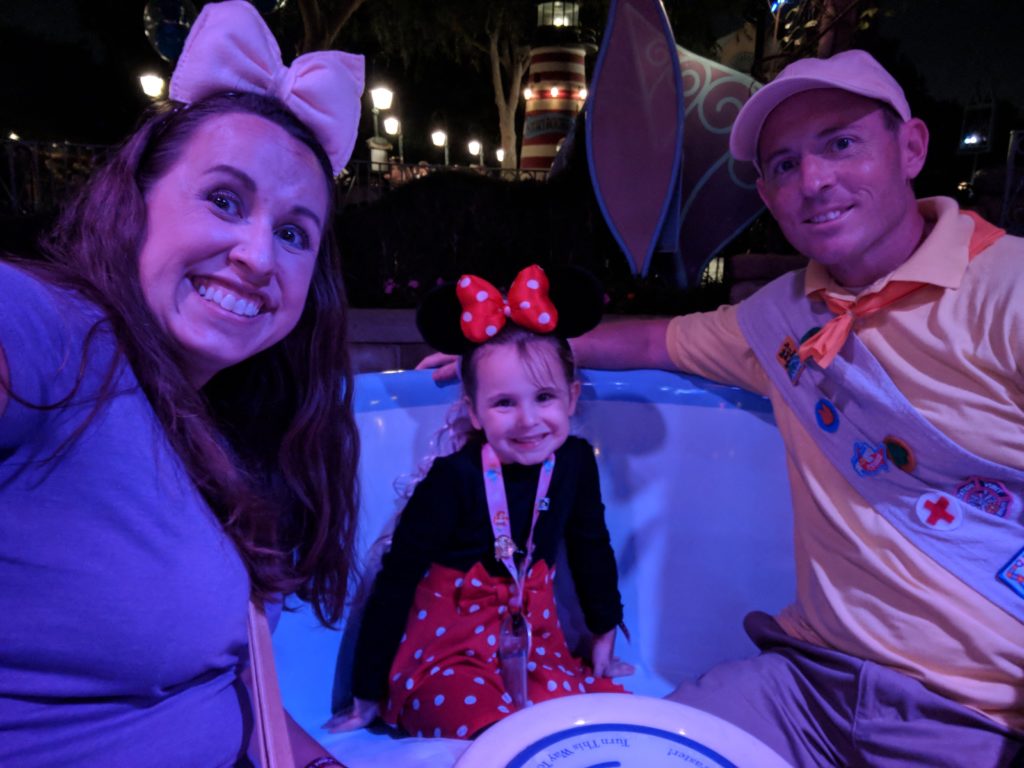 Our favorite perk of MNSSHP (besides the princesses)? Short wait times for the rides! There are only so many tickets sold for each party, so the guest count come party time is significantly less than ordinary. While FastPasses won’t be available during the party, you won’t need them anyway. The longest line we waited in for any ride was maybe 10 minutes (note that some attractions are closed for the party, so keep that in mind). So if candy and parades aren’t your thing, take advantage of this party perk and hit up all your favorite rides! 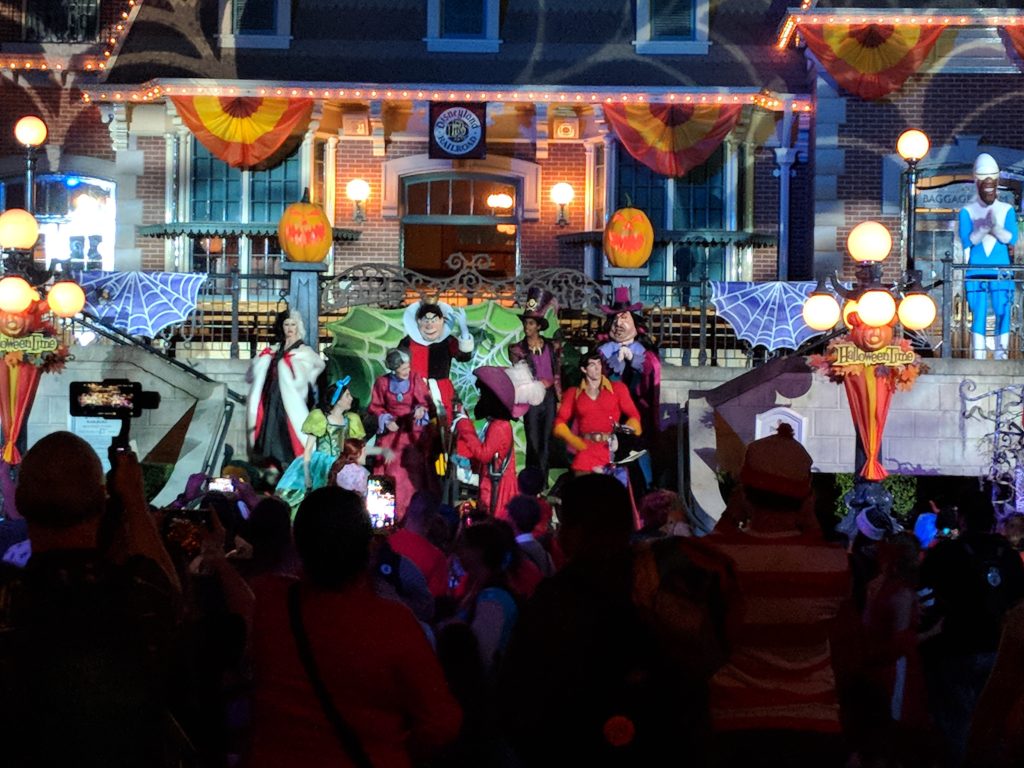 We all had a blast at MNSSHP! For us, it was totally worth it to buy the tickets. So much so, that we’ve already decided that we’re going again next year! And Emma’s already counting down the days!

Glamming It Up at the Bibbidi Bobbidi Boutique 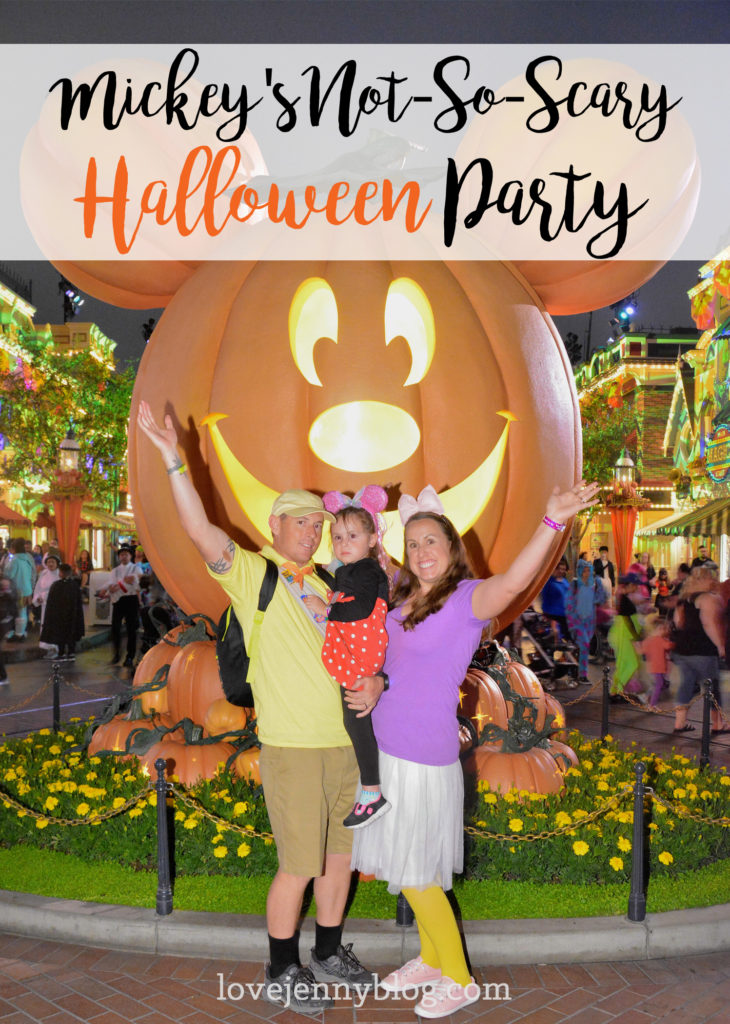